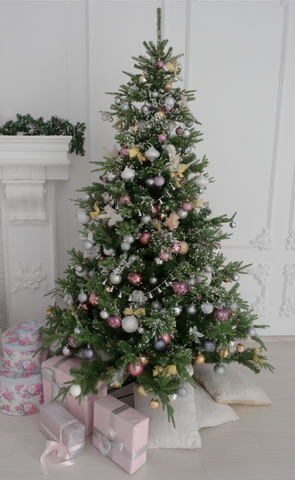 Hooray! Christmas is nearly here and so this month SGS Systems Ltd are focusing on keeping family’s safe and secure by offering security measures in how to deter those unwanted intruders into your home over the season.

Sadly, during December theft in homes rise by 20% according to insurance company Sunlife.  Christmas is a time when we often see the number of valuables stored in our homes increase, ready to distribute as gifts, from expensive jewellery and watches to new technology devices such as smartphones, tablets, games-consoles and new music / tv equipment.  Whilst these are all lovely gifts, they are also easy targets for criminals, who in one single break into a house can thieve many items at once.

Here at SGS Systems Ltd we recommend the following security measures this Christmas:

Blogs used to write this article:

We would like to thank all of our customers, suppliers and associates

Thank you kindly for your support throughout 2018 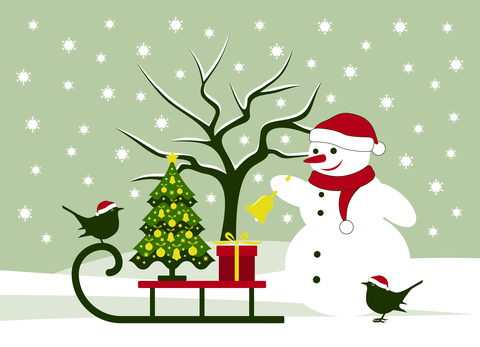 We provide a 24-hour emergency callout over the holiday period.

Is your commercial christmas security up to date?

For retailers and warehouse companies across the UK, Christmas can be their busiest time of year in their commercial calendar.  In warehouses, storing and protecting stock, packaging parcels and preparing for dispatch creates numerous challenges for privately owned companies who do exert themselves to ensure that they meet delivery deadlines.

For the high street retailers, this time of year also means opening their doors to increased customer footfall whilst managing a greater amount of stock on their premises.  It can also mean hiring temporary staff and allowing unfamiliar faces into the ‘behind-the-scene’ operations of the company.

Keeping an eye on stock and ensuring that items are stored on the premises safely, often relies on extra surveillance.  This type of back up offers Directors and Managers greater flexibility when they are either on and off the premises or when dealing with tasks and customers that take them away from their own personal supervision.

Here at SGS Systems Ltd we take some of the stress out of protecting goods throughout not only the Christmas season but all year by offering commercial Christmas security to businesses across the West Midlands and UK.  Installing 24/7 CCTV in stock rooms and out on the shop floor is imperative for businesses to operate successfully. Not only do visible cameras act as a deterrent but can also capture valuable evidence which could be used as proof of a suspected an incident in later investigations, should the need arise.

Our commercial christmas security services include CCTV monitoring equipment, comprehensive commercial Wireless and Wired Alarm systems to protect properties and access control to zone off specific designated areas of a building or retail property.  Finally, our smoke security offers the most substantial solution for areas where stock could be vulnerable to theft, especially in larger shop floor and warehouse areas.  To find out more about how we could support your business please contact our team.  We work with single business owners up to multiple retail chains to offer the best support in retail / warehouse security. 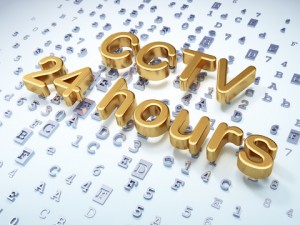 CCTV Security UK is essential in protecting our public spaces and transport services across Great Britiain.

Recently London Euston station in North London, came under attack on 29th August 2017 when an e-cigarette exploded in a bag, which was found in a bin at the station was thought to be a bomb.

Around 7.40pm Virgin trains blocked all lines due to a raised security alert.  The public were evacuated from the station and trains were halted whilst the police and the bomb squad surrounded the scene.

The tube trains could not stop at the station and the whole area was closed for over one hour. The British Transport Police later confirmed that “no one was hurt” and that “the incident is ongoing investigation”.

Earlier that same day at around 5.55pm, John Lennon Airport in Liverpool also raised a security alert when a suspicious package was discovered and the army bomb disposal team were called to the scene.  The public were evacuated from the airport and stationary planes we forced to hold passengers on board whilst the team made the area safe. Later a man was detained at the airport whilst experts investigated his equipment described as a “battery pack of unique appearance”.

CCTV security UK has never been so important to private companies and organisations who provide transport services and areas for public use.  As the UK continues to be on high alert due to several militant attacks throughout 2017 it is important that businesses stay protected for those who use their premises.

Is your business set up with CCTV Security UK?

If you are running a business that offers public services, then having continually monitored CCTV is essential to the welfare of staff and customers who use your premises. Whilst CCTV Security UK won’t prevent an attack, the information that it can record is crucial to capturing valuable evidence for police and security organisations as to how these attackers are operating and their location.

If you are looking for a CCTV Security UK company to provide these services, here at SGS Systems Ltd we can help. Operating CCTV Security UK across Great Britain, we support individual site owners up to national companies from retail and warehouse to public buildings and transport services.  To find out how we can support your organisation with CCTV security UK, please contact our dedicated property security UK CCTV Security team today.

Blogs used to write this article:

We are delighted to announce that in addition to our Alchumus (safe contractor) accreditation, that as of January 2017, we were also accredited with CHAS (Contractors Health and Safety Assessment Scheme).

CHAS is the established market leader for health and safety pre-qualification in the UK. The organisation is nationally recognised and is a professional body who seeks to link certified suppliers to buyers within the service industry, ensuring they are fully compliant in terms or health and safety. Obtaining the CHAS accreditation enables our company SGS Systems Ltd, to go out on site and be recognised for our CHAS certification. In addition, we are now listed under the preferred suppliers on the CHAS website http://www.chas.co.uk should any business or organisation require our security services.

Commercial buyers who are seeking service contractors now require the CDM 2015 Regulation level of Health & Safety in order that they may appoint suppliers to carry out work on their premises safely. SGS Systems have sought to attain this by providing evidence for the way in which we work, our risk assessments, staff training, our environmental ethos and our overall commitment to health and safety.

Further information about our company!

Offering security services in Wolverhampton, the West Midlands and throughout the UK, we source and supply, install and maintain burglar alarms, commercial wireless alarms, CCTV security up to comprehensive fog security in order that businesses are protected both internally and externally against intruders. For more information on the security services we provide to commercial businesses including retailers, warehouse owners, office premises, hoteliers, pubs and restaurants, please contact our team.

— Mainstay Residential
We use cookies to ensure that we give you the best experience on our website. If you continue to use this site we will assume that you are happy with it.OkPrivacy policy